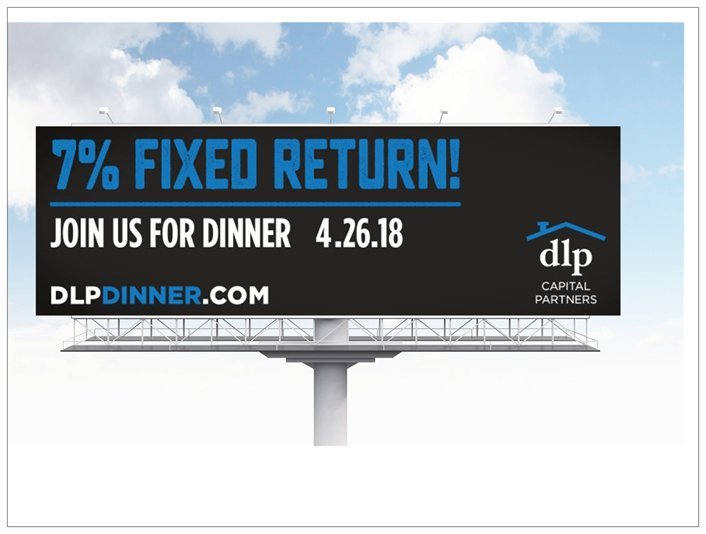 If you want to deliver a message to the masses, you have to go BIG – in this case, literally.

Brion Yarnell, Vice President of Business Development at DLP Interactive Media, comments,  “We want people to think, ‘Woah! I’m not getting this type of investment now’.”

Coordinated with radio and online ads, DLP Interactive Media has strategically placed these billboards along highly traveled business roads including Routes 22, 78, 378, and 145. Only a few days into the campaign, they are already generating inquiries from excited investors.

“The visuals are simple and straight to the point, considering we only have a few seconds to grab someone’s attention,” notes Meg Dubbs, Creative Design Manager for DLP Interactive Media. “The billboard uses type and color contrast to create the juxtaposition of the sky to the marketing message, and interrupt the viewer to catch their attention.”

Now that you’ve snagged a peek at the billboard, we’re sure you won’t miss it the next time you’re traveling through any of those routes.